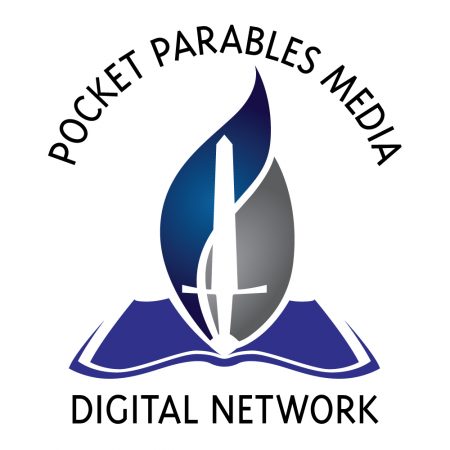 Pocket Parables Began As a Concept in 2008

As of 2017, Pocket Parables has been seen in over 99 countries around the world.  Lives have been saved and changed from the power of the messages in the films.  Marriages have been touched and strengthened, children encouraged and teens inspired.  Our films are being used for ESL (English as Second Language) training. All of this has been done by volunteers and a $0 budget.  Help us extend our reach by subscribing today.

In January 2008 Kevin and Shari Stephens sought the Lord for direction in their lives and began receiving the vision of Pocket Parables Media, to reach the world through the power of the parable, to build up believers and save the lost.

Light of Creation Studios was created as the production arm for Pocket Parables Media. Work began on the website in August 2008

Never Alone was written in March 2008.

Do Not Conform was written in March 2008.

In August 2008 we filmed our first production, Never Alone, on location at the Fieldstone Village Model Homes.

Cassie Gray was first begun in August 2008. This included episodes 1‐5.

The Talents was written in September 2008

Moving North was written in October 2008.

Screaming Fans was written in October 2008.

Ninety Nine was written in October 2008.

A Certain Man was written in October 2008.

In the beginning of 2009, a staff was put together to help plan and run Pocket Parables Media.  We would meet weekly at Panera Bread in Rochester Hills.

Unforgiving was written in March 2009.

In June 2009 Pocket Parables Media launched on the Internet with 3 shows and the promise of more to come. In our first week we had been seen by 362 viewers in 5 countries

By November 2009 we had been seen in every state in the United States of America.

The Other Brother was written June 2009.

In July 2009 we began audio taping The Intercessor in the Stephens home.

The Secret Room was written in July 2009.

In The Spirit of the Season Screen Play was written in July 2009 and was an adaptation of a play written by Shari.

In October 2009 Pocket Parables Media moved its headquarters to Auburn Rd. Auburn Hills, Michigan. This was a supernatural provision made by God. The home was the parsonage of the First General Baptist Church in Downtown Auburn Hills.

In December 2009 we held our first annual Constellation Awards Dinner at New Mount Moriah International Church. Over 20 awards were given out in recognition.

In March 2010 we began filming our first Children’s Puppet program Follow the Son in the Stephens home.

In April 2010 McTavish’s Farm was written.

In April 2010 we taped our first live teen talk show On The Rock Live in Pontiac, Michigan.

In March 2010 we filmed our first full length Easter film, Who Do Men Say That I Am.

In March 2010 the first episode of Hamilton High was written.

In June 2010 Pocket Parables Media celebrated is first year anniversary. In our first year we had been seen by 10,000 viewers in over 44 countries.

In June 2010 Kevin and Shari Stephens began to write the screenplay for the Homoplastic Chronicles. The original story was begun in March 2005.

In July 2010 the pilot of Pocket Parables Building Your Temple was filmed.

In July 2010 the final payment was made on the company website giving us total ownership of our network.

In August 2010, the companies first animated logo was designed.  This design came from a vision that Shari had when she was 18 and Kevin also had in 2002.

Real Reality was written in August 2010.

The Christmas Conspiracy was written August 2010.

In September Real Reality was filmed via green Screen.

The Elevator was written September 2010.

In October 2010, H. Chronicles began filming.  This was the first screenplay written by both Kevin & Shari Stephens.

In October 2010, the first Pocket Parable writing team was brought together.

December 2010, Pocket Parables held its 2nd Annual Constellation Gala.  Awards were given out for excellence in acting as well as recognition for top films.  The even was filmed along with the Red Carpet Highlights for broadcast.

In January 2011, Kevin & Shari Stephens met with Dennis & Naomi Rocheleau Creators of Dr. They.  The Little Raptuals and The Living Gallery with Naomi Rocheleau.

In January 2011,  Adrian & Senia Brown agreed to host The Truth About Marriage.

In January 2011, The Oil Press was adapted for the screen.

In February 2011, Waiting for Daddy was written.

In February 2011, The Truth About Marriage premiered on Pocket Parables and had one of the highest Premiere debuts.

In April we began filming Waiting for Daddy at the Deer Tracks Ranch in Fife Lake, MI.

In April 2011, we contacted Dr. Israel Ponnappah of Coimbatore, India to begin translation work for the country of India.  He said we were an answer to prayer and wanted to do translations throughout the country.

In May 2011, The Living Gallery debuted during the Mother’s Day Weekend.

In May 2011, Fred & Me (Originally Angels Unawares/ Ultimately titled The Fred Project) was written

In May 2011, The Quest for The Kingdom was written.

In May 2011, Todd Adams became our first staff writer for Pocket Parables Media.

In June 2011, Sword of the Spirit Christian Training Center was formed.  This ministry is the official ministry arm of Pocket Parables Media.

In June 2011, Pocket Parables Held its first Film Festival which highlights all of our films as well as featured interviews with our actors and staff members.

In June 2011, Translation work began on The Oil Press in Coimbatore India to be shown throughout The Country.

In August 2011, Kevin & Shari hosted Bishop Arthur Paul Mokana from Andhra Pradesh, India in their home for about 6 weeks.  He met with staff and prayed and prophesied over the staff.  Several physical healings took place and it was a tremendous time of spiritual growth.

In September 2011, Kevin & Shari were Interviewed on WMPC Radio 1230 in Lapeer, MI and is one of the oldest continuous Christian Radio Stations.

In October 2011, The Ambassador was written.

In March 2012, Filming for The Fred Project was begun

In March 2012, Filming for There’s a Party Over Here was begun.

In May 2012, The Joe Thomas pilot was completed and rehearsal began.

In May 2012, The Doug-a-gami show was conceived with host Doug Reich featuring origami and spiritual truths for youths.

In 2012 PPM began utilizing the station at ONTV for filming shows including the Pilot for William Murphy Ministries, Truth About Marriage (New Set), Eat with Purpose and Young, Hungry and Ambitious.

In February 2013, I Promise was written. This is our first full length end time film.

Easter 2013, we filmed out first Musical Easter Production at ONTV.

In June 2013, the writing for Another Cool was begun.

In October 2013, Another Cozy Christmas was written.

In 2014 we filmed the I Promise Miniseries

In 2016 we filmed a remake of the Cassie Gray series in Downtown Detroit.

In 2016 we redesigned the website and updated everything with a fresh new look and logo.

In 2016 we filmed a remake of St Laura of The Sidewalks.

In 2016 we began to update The Truth About Marriage filming at ONTV.

In 2017 we filmed Bible Basics for kids and McTavish's Farm.

In 2017 we began filming Time To Believe, our first time travel film set to be released in fall of 2017. 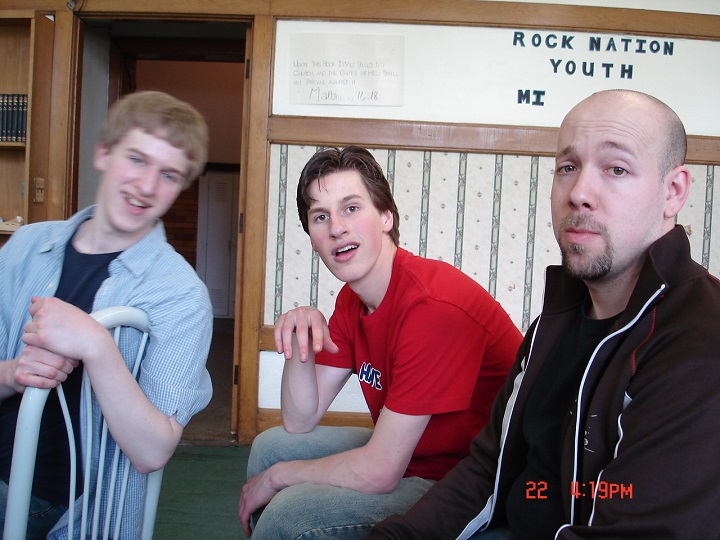 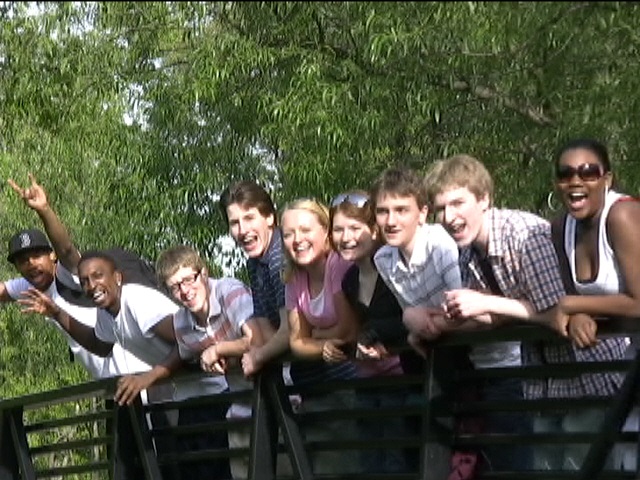 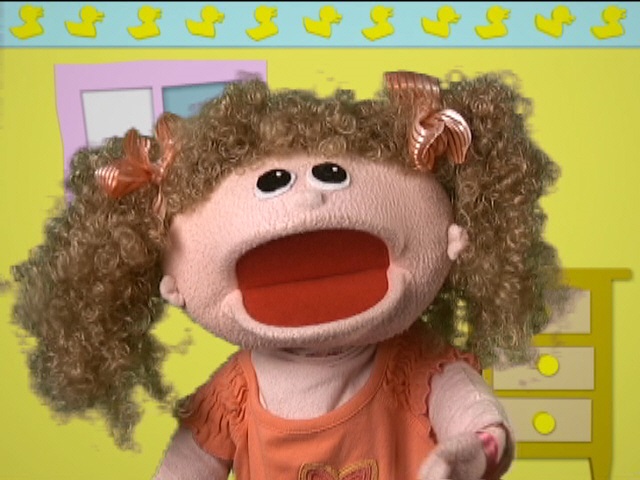 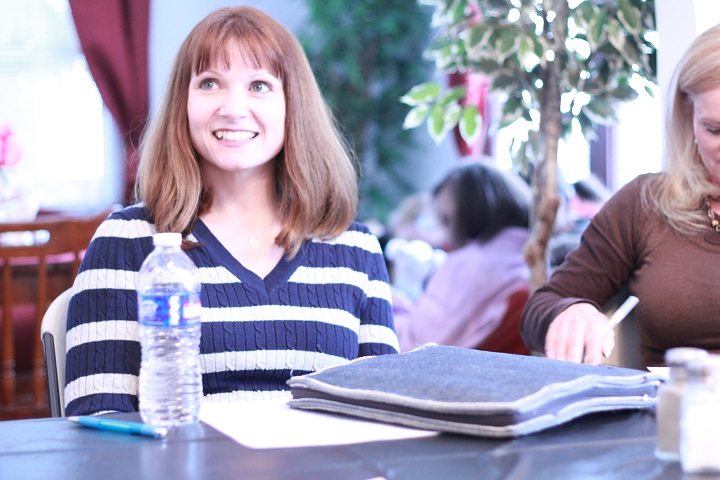 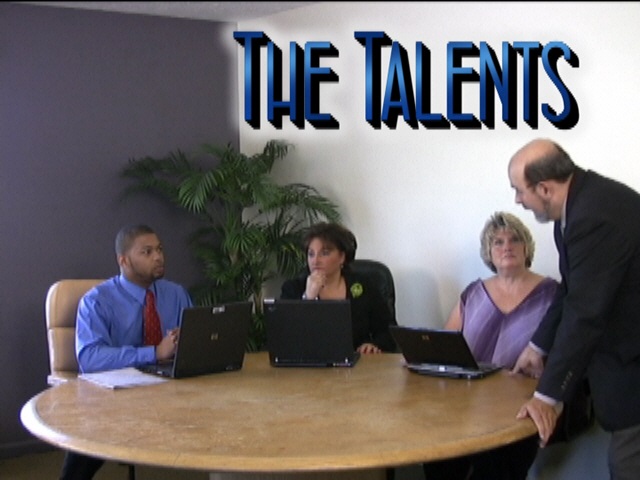 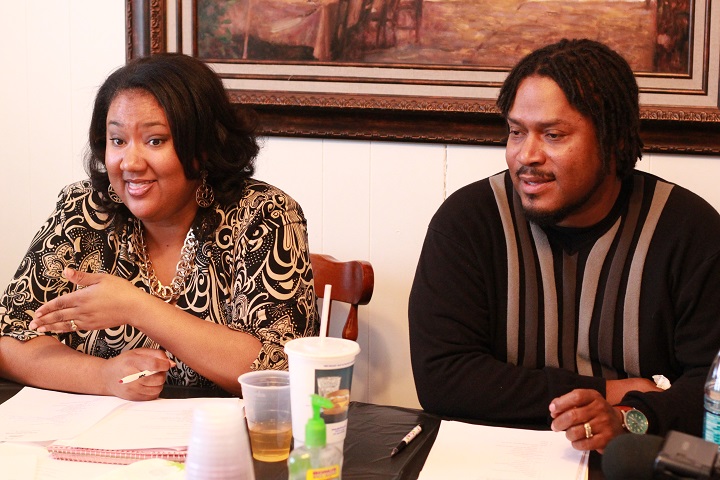 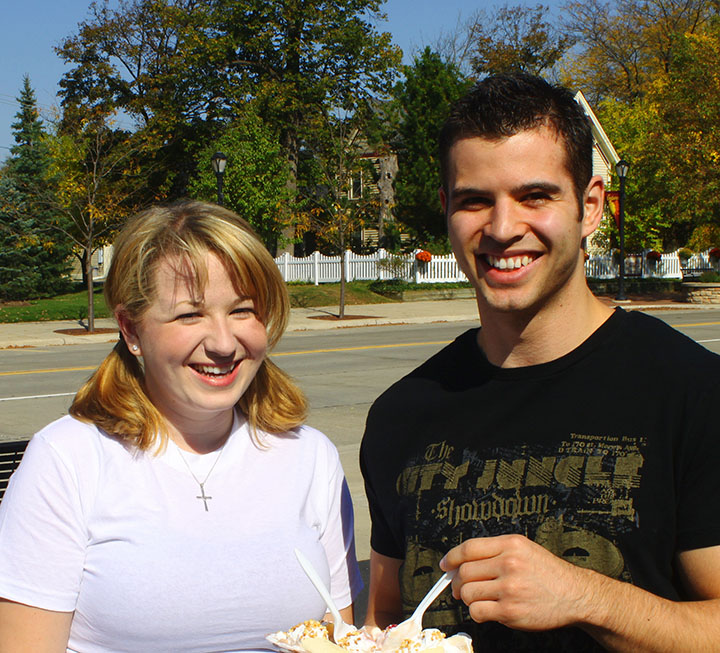 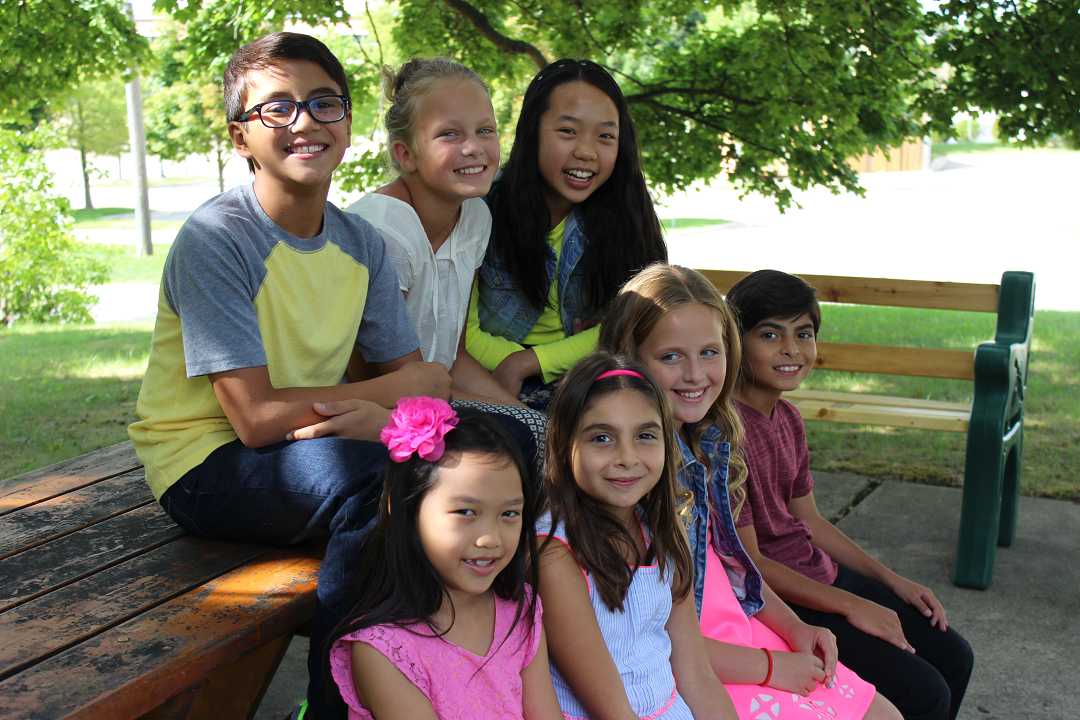 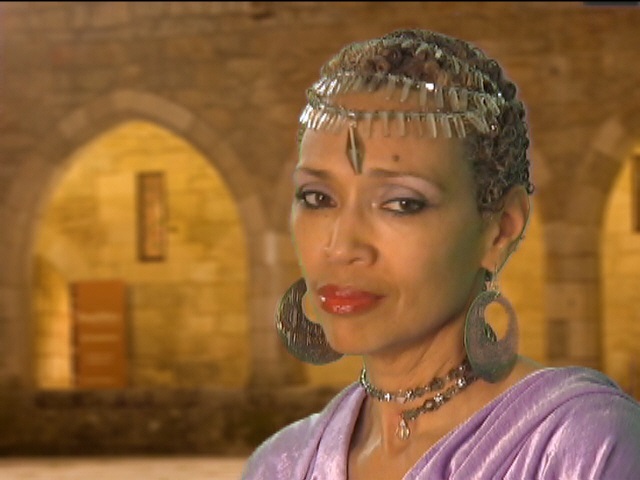 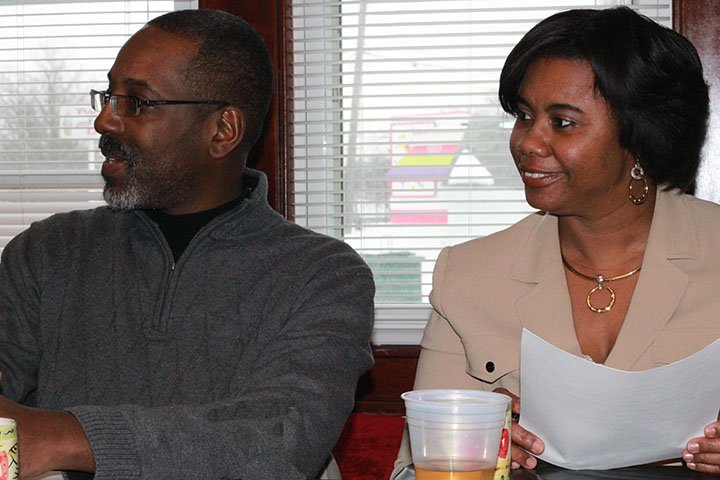 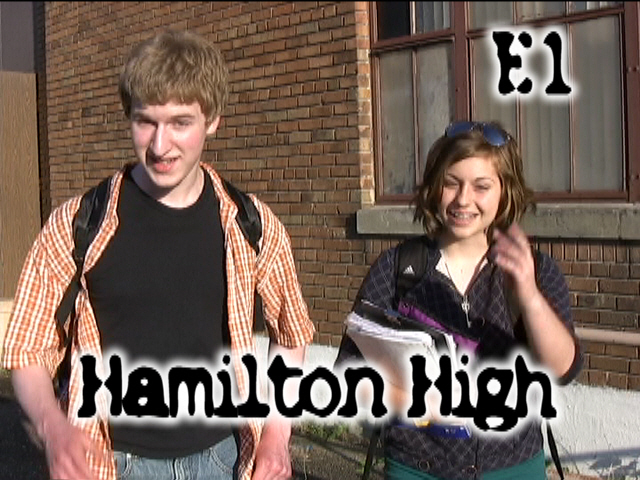 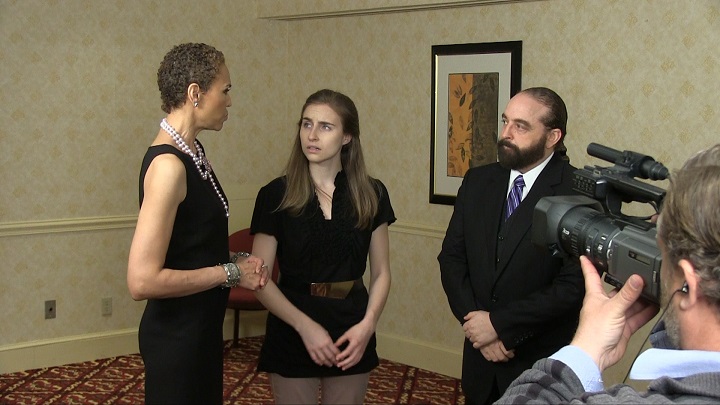 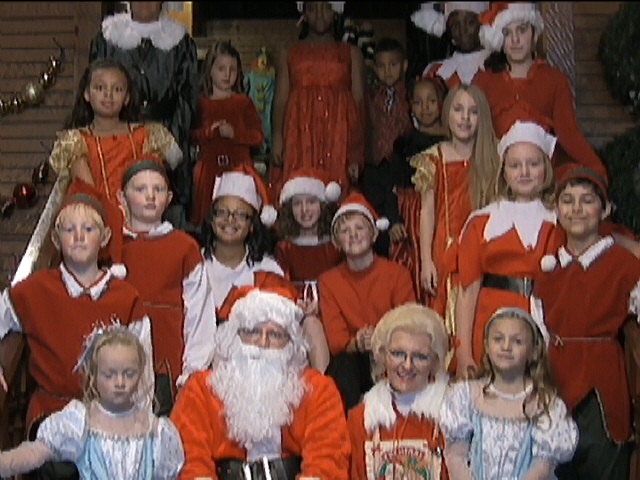 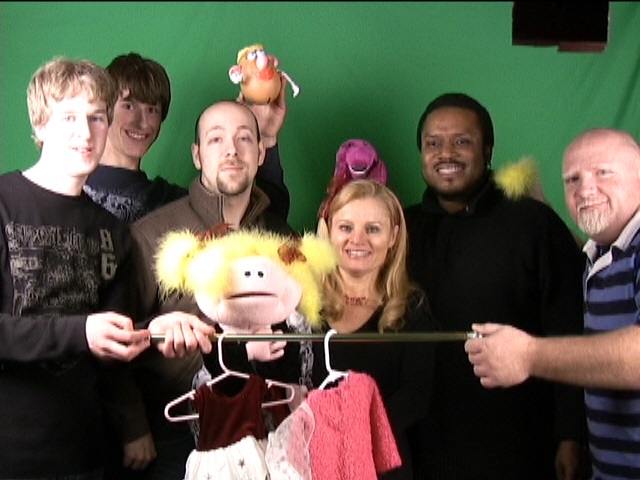 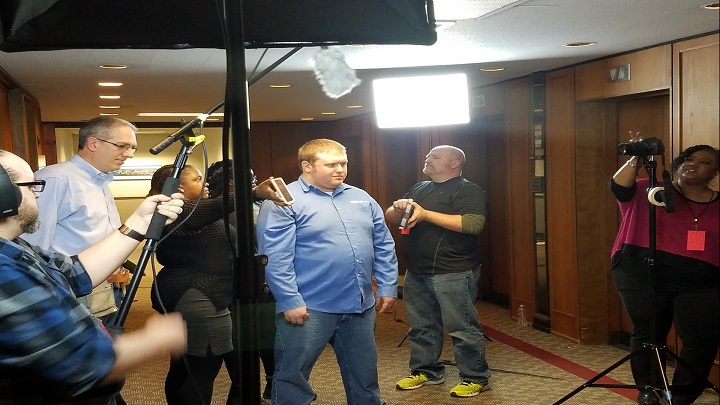 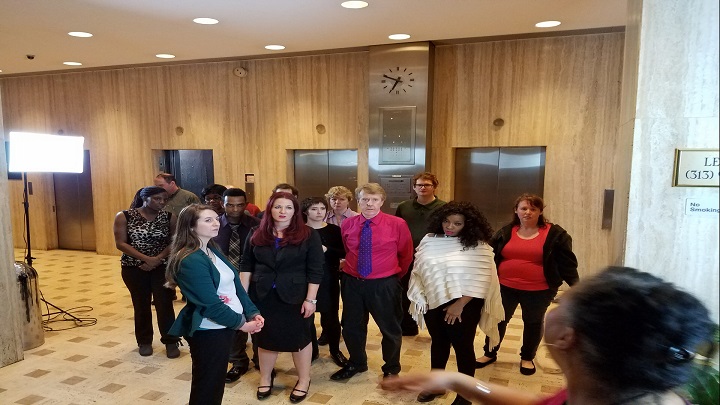